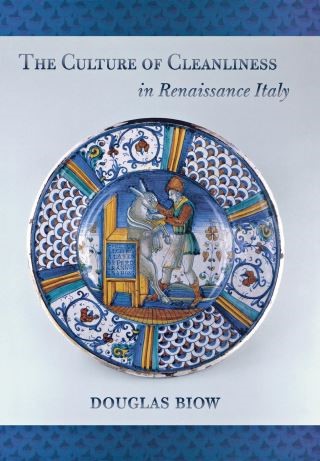 The Culture of Cleanliness in Renaissance Italy

Concerned about sanitation during a severe bout of plague in Milan, Leonardo da Vinci designed an ideal, clean city. Leonardo was far from alone among his contemporaries in thinking about personal and public hygiene, as Douglas Biow shows in The Culture of Cleanliness in Renaissance Italy. A concern for cleanliness, he argues, was everywhere in the Renaissance.Anxieties about cleanliness were expressed in literature from humanist panegyrics to bawdy carnival songs, as well as in the visual arts. Biow surveys them all to explain why the topic so permeated Renaissance culture. At one level, cleanliness, he documents, was a matter of real concern in the Renaissance. At another, he finds, issues such as human dignity, self-respect, self-discipline, social distinction, and originality were rethought as a matter of artistic concern.The Culture of Cleanliness in Renaissance Italy moves from the clean to the unclean, from the lofty to the base. Biow first examines the socially elevated, who defined and distinguished themselves as clean, pure, and polite. He then turns to soap, an increasingly common commodity in this period, and the figure of the washerwoman. Finally he focuses on latrines, which were universally scorned yet functioned artistically as figures of baseness, creativity, and fun in the works of Dante and Boccaccio. Paralleling this social stratification is a hierarchy of literary and visual artifacts, from the discourse of high humanism to filthy curses and scatological songs. Deftly bringing together high and low-as well as literary and visual-cultures, this book provides a fresh perspective on the Italian Renaissance and its artistic legacy.