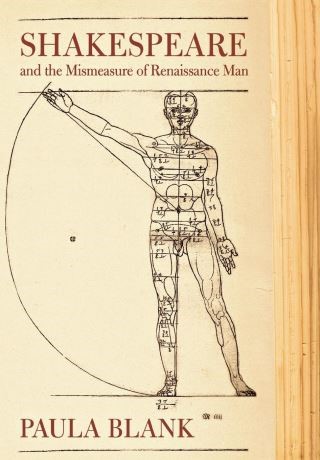 Shakespeare and the Mismeasure of Renaissance Man

Shakespeare's poems and plays are rich in reference to "measure, number, and weight," which were the key terms of an early modern empirical and quantitative imagination. Shakespeare's investigation of Renaissance measures of reality centers on the consequences of applying principles of measurement to the appraisal of human value. This is especially true of efforts to judge people as better or worse than, or equal to, one another. With special attention to the Sonnets, Measure for Measure, Merchant of Venice, Othello, King Lear, and Hamlet, Paula Blank argues that Shakespeare, in his experiments with measurement, demonstrates the incommensurability of the aims and operations of quantification with human experience.From scales and spans to squares and levels to ratings and rules, Shakespeare's rhetoric of measurement reveals the extent to which language in the Renaissance was itself understood as a set of alternative measures for figuring human worth. In chapters that explore attempts to measure human feeling, weigh human equalities (and inequalities), regulate race relations, and deduce social and economic merit, Blank shows why Shakespeare's measures are so often exposed as "mismeasures"—equivocal, provisional, and as unreliable as the men and women they are designed to assess.