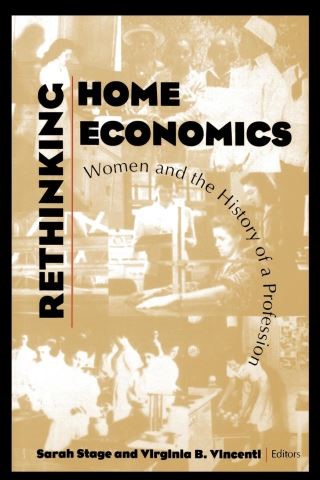 Women and the History of a Profession

Until recently, historians tended to dismiss home economics as little more than a conspiracy to keep women in the kitchen. This landmark volume initiates collaboration among home economists, family and consumer science professionals, and women's historians. What knits the essays together is a willingness to revisit the subject of home economics with neither indictment nor apology. The volume includes significant new work that places home economics in the twentieth century within the context of the development of women's professions.

Rethinking Home Economics documents the evolution of a profession from the home economics movement launched by Ellen Richards in the early twentieth century to the modern field renamed Family and Consumer Sciences in 1994. The essays in this volume show the range of activities pursued under the rubric of home economics, from dietetics and parenting, teaching and cooperative extension work, to test kitchen and product development. Exploration of the ways in which gender, race, and class influenced women's options in colleges and universities, hospitals, business, and industry, as well as government has provided a greater understanding of the obstacles women encountered and the strategies they used to gain legitimacy as the field developed.