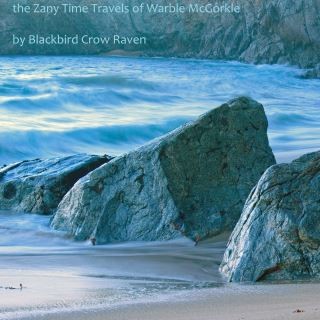 Warble Poundcake McGorkle and his entourage travel back in time to alter history. Their meddling in Revolutionary Times, at Custer's Last Stand, the Alamo, Woodstock, as well as a detour to 1st century Jerusalem to kidnap Jesus--or Judas--leads to catastrophic consequences for those living in modern times. Among the things Warble and his gang perpetrate are: 1. The origin of Preemptive Strikes (umpires calling strikes before the ball is thrown) 2. George Washington being banished to England for inventing the peanut (and thus being responsible for "Peanut Envy") 3. Changing song lyrics and altering drugs at Woodstock to change the politics and personalities of the hippies there 4. "Helping out" at the Alamo, so that it's the Mexicans who ultimately get "saddled" with Texas. These are just a few of the hilarious shenanigans that culminate in a climactic scene as the protagonists return to the present and see what their changes have wrought.