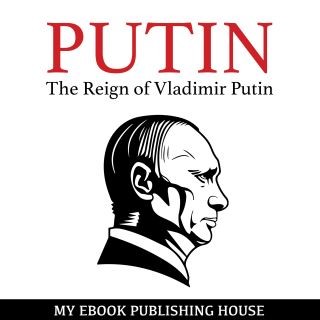 Putin - The Reign of Vladimir Putin: An Unauthorized Biography

“The path towards a free society has not been simple. There are tragic and glorious pages in our history.”
—Vladimir Putin

Russian President Vladimir Putin this year emerged as the world's most influential man. He has outmaneuvered his Western critics whilst returning Russia to superpower status. Intriguingly, Western media lampoons and criticizes Putin but this hardly dents hiѕ growing popularity.
In the West, politicians and journalists of all stripes have referred to Russian President Vladimir Putin as a “thug”, a “tyrant”, a “murderer”, a “Communist”, a “Nazi”, the next “Hitler” and more. But amongst the Russian people, his popularity rating has reached levels as high as 85%.
This is the book to read if you want to understand how Vladimir Putin sees the world and why he has become one of the gravest threats to American security.

Here Is A Preview Of What You’ll Discover...

Take action today and purchase this book right now to finally find out the truth! You will be glad that you did. Available in electronic, paperback and audio version as well.