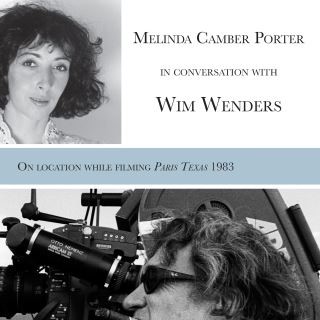 Melinda Camber Porter In Conversation With Wim Wenders, on the film set of Paris, Texas