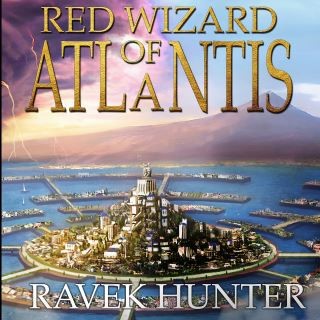 Dark clouds gather on the horizon threatening the very fabric of civilization. Lurking unseen, an evil vile and treacherous spreads silently across the land. The peril is urgent and only living legends, and those who will become legends, have a chance to change the shadowy fate of what is to come.

Akakios, a High Priest serving the God Kronus of fire and blacksmiths, embarks on an expedition to rescue a beautiful demi-goddess from unspeakable evil and the promise of true love. Known to his people as the “Fire-Bringer”, Akakios is secure in his faith, wielding the power of flame imbued by his god. But is he up to the challenge? The consequences of his actions will test his convictions and release upon the world a sinister plague that could shroud entire nations in eternal darkness.

Meanwhile, the “Mad Bard’ has been awakened from his long slumber by troubling visions, and he gathers the Assembly of Nine to tell them what he has seen. Is it too late? Will his foretelling become a dire warning to heed the unnatural chill in the air that forebodes terrible events yet to unfold?
Among the first to experience these dark truths are Qel and his friend Havacian, two young Atlanteans only recently graduated from the Wizards Enclave. The friends travel out of Atlantis on a journey of ‘Discovery’ – a rite of passage for young wizards to test themselves outside of the sterile confines of the Enclave. They must learn to survive on their own and develop their skills under real-life conditions.

And life gets very real for the pair, very fast.

The inexperienced wizards will need to use every talent they have at their disposal and those they pick up along the way if they are to endure the storm that is gathering.

Explore the origins of Greek mythology and Plato’s ‘Lost Empire of Atlantis’ like never before in this new fantasy adventure series!