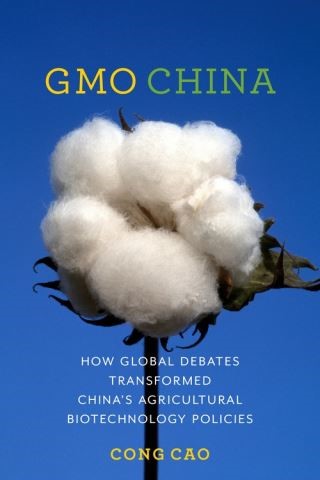 In China, as elsewhere, the debate over genetically modified organisms has become polarized into anti- and pro-GMO camps. Given the size of China’s population and market, much is at stake in conflicts over regulation for domestic as well as international actors. In this book, Cong Cao provides an even-handed analysis that illuminates the tensions that have shaped China’s policy toward agricultural biotechnology in a global perspective.

Cao presents a comprehensive and systematic analysis of how China’s policy toward research and commercialization of genetically modified crops has shifted that explains how China’s changing GMO stances reflect its evolving position on the world stage. While China’s scientific community has set the agenda, it has encountered resistance rooted in concerns over food safety and consumers’ rights as well as issues of intellectual property rights and food sovereignty. Although Chinese leaders at first sought to take advantage of the biotech revolution by promoting GMO crop consumption, Cao demonstrates that policy has since become precautionary, as seen in new laws and regulations grounded in concerns over safety and the deferral of commercialization of GM rice. He presents China’s policies in light of changing global attitudes toward GM crops: As shifts in China have closely followed global trends, so has domestic activism. Drawing on government and scientific documents as well as interviews with scientists, officials, policy analysts, activists, and journalists, GMO China is an important book for China studies, science and technology studies, policy analysts, and professionals interested in the Chinese biotechnology market.