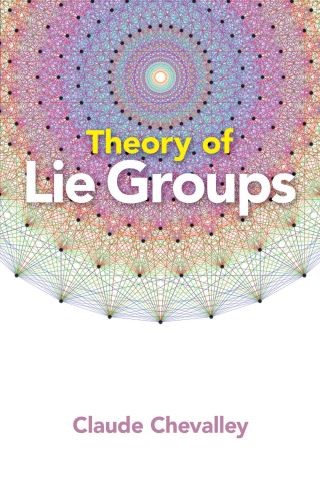 "Chevalley's most important contribution to mathematics is certainly his work on group theory. . . . [Theory of Lie Groups] was the first systematic exposition of the foundations of Lie group theory consistently adopting the global viewpoint, based on the notion of analytic manifold. This book remained the basic reference on Lie groups for at least two decades." — Bulletin of the American Mathematical Society
Suitable for advanced undergraduate and graduate students of mathematics, this enduringly relevant text introduces the main basic principles that govern the theory of Lie groups. The treatment opens with an overview of the classical linear groups and of topological groups, focusing on the theory of covering spaces and groups, which is developed independently from the theory of paths.
Succeeding chapters contain an examination of the theory of analytic manifolds as well as a combination of the notions of topological group and manifold that defines analytic and Lie groups. An exposition of the differential calculus of Cartan follows and concludes with an exploration of compact Lie groups and their representations.