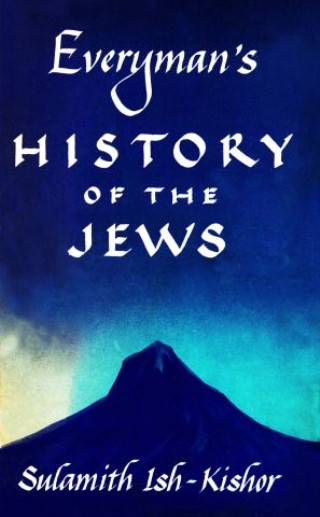 Everyman's History of the Jews

WHETHER OR NOT you have read "Gentleman's Agreement," "Focus," "Eagle At Your Eyes," or have see the motion picture "Crossfire," you owe it to yourself to read EVERYMAN's HISTORY OF THE JEWS, because by doing so you will know and understand the Jewish people.

This book will fill a long-felt want--it is a popular, readable history and it is intended for Jews and Gentiles. It will tell the Jews so much that he has always wanted to know and it will give the Gentile an opportunity to become better acquainted with the people whose destiny remains headline news.

As fascinating page after page unfolds, this book will give you--Jew and Gentile both--an insight into the hearts and minds of the Jews with whom you meet and mingle. It will tell you about their ancient heritage, their triumphs and tragedies, their victories and defeats, the reasons for the indomitable faith that has enabled the Jews to survive through the centuries--and the effect of history on the individual Jews.

Sulamith Ish-kishor was an American writer. She was born in London, England, one of eight children of Ephraim and Fanny Ish-Kishor. Her father was a well-known writer of Jewish children's literature and an early proponent of Hovevei Zion, a pre-zionist movement, and later of political Zionism.