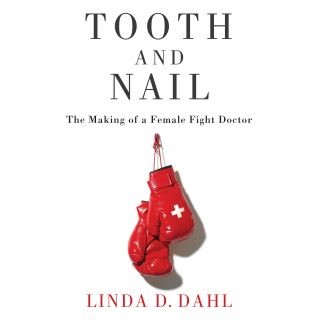 The Making of a Female Fight Doctor

Fresh out of medical school, Linda Dahl began her surgical residency in the Bronx as a total fish out of water. Growing up in a Middle Eastern family in the American Midwest, she was a born outsider, and in her new community in New York, she felt even more isolated. Even at work she struggled to fit in: among her fellow specialists, she was one of the only women.

One night, at her husband’s urging, Dahl watched a boxing match between Shane Mosley and Oscar De La Hoya. Seeing Mosley survive against the odds gave Dahl hope that she, too, could find her footing. As her fandom grew, boxing became a way to connect with her patients and community. Later, when she was in practice on the Upper East Side, Dahl received a phone call from the New York State Athletic Commission. They were looking for a fight doctor. Dahl accepted.

Tooth and Nail chronicles the years Dahl spent as an ear, nose and throat surgeon by day and a ringside physician by night. Intrepid, adrenaline-fueled and loaded with behind-the-scenes takes on famous boxers, including Mike Tyson, Wladimir Klitschko and Miguel Cotto, Dahl’s story offers a modern examination of sexism, dislocation, the theater of boxing and a road map for how to excel in two very different male-dominated worlds.

Linda D. Dahl is an otolaryngologist in private practice in Manhattan. A native Midwesterner, Dahl received her MD from the University of Minnesota Medical School. She is the author of Clinician’s Guide to Breastfeeding.

<p>Linda D. Dahl is an otolaryngologist in private practice in Manhattan. A native Midwesterner, Dahl received her MD from the University of Minnesota Medical School. She is the author of <em>Clinician’s Guide to Breastfeeding</em>.</p>