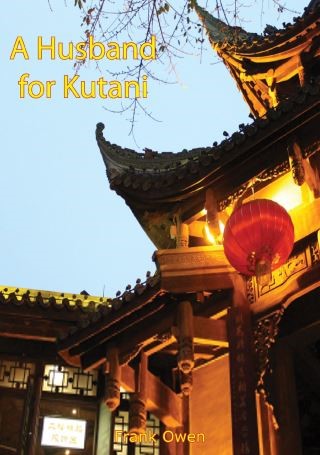 A Husband for Kutani

First published in 1938, this is a collection of four Oriental tales, including ‘Five Merchants Who Met in a Tea-House,’ and ‘Doctor Shen Fu,’ a tale of a Chinese alchemist who possesses the elixir of life.

These beautiful and exotic series of Oriental fantasies, set in a China of the imagination, are brought to life by author Frank Owen’s brilliant descriptive passages that embroider his tales.

Frank Owen: Frank Owen (April 20, 1893 - October 13, 1968) was an American author, novelist and anthologist. He wrote some ten novels in the 1930s under the pseudonym Roswell Williams, but is best known for his oriental fantasy short stories, many of which appeared in the magazine Weird Tales. Own also co-wrote several children’s collections with his sister, Ethel Owen (1890-1946), including Coat Tales from the Pockets of the Happy Giant (1927), and published three anthologies: Murder for Millions (1946), Fireside Mystery Book (1947) and Teen-age Mystery Stories (1948). He also wrote under the pen names Richard Kent and Hung Long Tom.

Owen was born in 1893 in Kings County, New York, the second son and youngest of nine children of Welsh immigrants Henry Owen, a real estate broker, and Henrietta Owen. He was married to Lillian Owen, a native Pennsylvanian and the couple made their home in Brooklyn, New York.

Frank Owen passed in 1968 at the age of 75 and is interred at the Long Island National Cemetery in Suffolk County, New York.