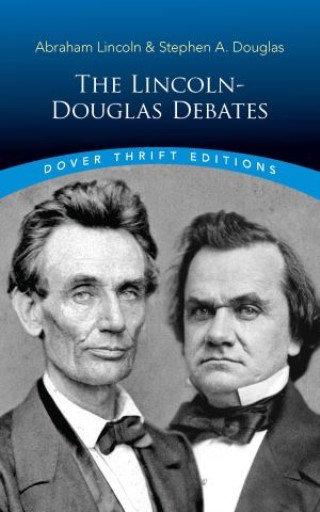 One of the most significant and far-reaching events in U. S. history, the Lincoln-Douglas debates of 1858 sharpened and brought to a head a number of crucial questions concerning slavery, states' rights, the legal status of blacks, and the effects of the Dred Scott decision. The debates were held as part of the campaign for the Illinois senatorial seat, pitting the two-term incumbent, Democrat Stephen A. Douglas, against the lesser-known Abraham Lincoln, a successful lawyer and former state politician who was the Republican candidate.
Paving the way for modern discussions between political candidates, the Lincoln-Douglas debates fascinated nineteenth-century America and catapulted Lincoln into the spotlight. Although he lost the race to Douglas, the stature and recognition Lincoln gained during the exchanges helped propel him to the presidency in 1860, just two years later. This volume features rousing speeches by each candidate and the rejoinders and replies.