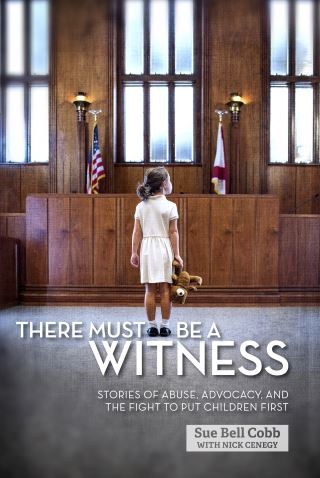 There Must Be a Witness

Stories of Abuse, Advocacy, and the Fight to Put Children First

True child advocates are not born, they are forged out of frustration and faith. There Must Be A Witness profiles a group of child advocates in Alabama who have devoted themselves to help children thrive—and by extension, to better meet the needs of their communities. This collection of stories, narrated by Sue Bell Cobb, the state’s first female Chief Justice and a former juvenile court judge, draws back the curtain on what drives such advocates. In the case of Liz Huntley, a prominent Birmingham lawyer, and Roberta Crenshaw, a former prison lay counselor, advocacy grew out of enduring the most horrific abuse. For Jannah Bailey, the director of Child Protect, her calling has always been to stand between children and violence. Cobb’s own life of advocacy stems from what she saw in courtrooms across Alabama. As a jurist she was bound to serve the law, but as an advocate she championed some of the state’s most sweeping child policy reforms in recent decades, including a toe-to-toe fight with back-slapping tobacco company lobbyists. Along the way she was humbled by the inspiring group of child advocates she met digging firebreaks against poverty, child abuse and neglect, inadequate medical care, and shortcomings in education. Collectively, the stories included in this volume call us to stand witness and testify to policymakers on behalf of children—to insist that government be used as a force for good in people’s lives.