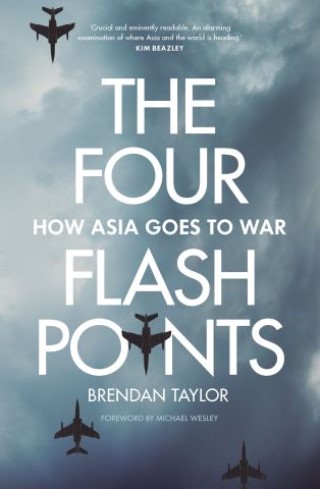 How Asia Goes to War

Asia is at a dangerous moment. China is rising fast, and its regional ambitions are growing. Reckless North Korean dictator Kim Jong-un may be assembling more nuclear weapons, despite diplomatic efforts to eradicate his arsenal. Japan is building up its military, throwing off constitutional constraints imposed after World War II. The United States, for so long a stabilising presence in Asia, is behaving erratically: Donald Trump is the first US president since the 1970s to break diplomatic protocol and speak with Taiwan, and the first to threaten war with North Korea if denuclearisation does not occur. The possibility of global catastrophe looms ever closer.

In this revelatory analysis, geopolitical expert Brendan Taylor examines the four Asian flashpoints most likely to erupt in sudden and violent conflict: the Korean Peninsula, the East China Sea, the South China Sea and Taiwan. He sketches how clashes could play out in these global hotspots and argues that crisis can only be averted by understanding the complex relations between them. Drawing on history, in-depth reports and his intimate observations of the region, Taylor asks what the world’s major powers can do to avoid an eruption of war – and shows how Asia could change this otherwise disastrous trajectory.