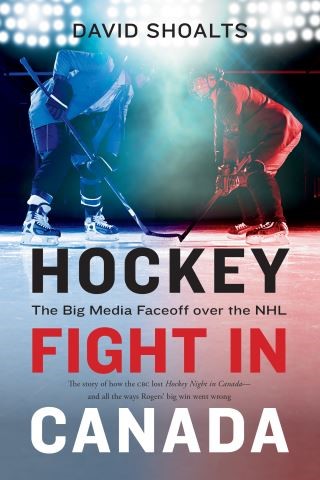 The Big Media Faceoff over the NHL

In late 2013, Canadians were intrigued to learn the NHL chose Rogers as its exclusive national broadcaster over both CBC and Rogers’s bitter rival, Bell Canada. The decision was met with equal parts fascination, shock and anger. When CBC rank-and-file employees came to believe their leaders missed a chance to hold on to at least a part of Hockey Night in Canada—a move that could have saved some of their jobs—their disappointment turned to outrage. This is also a story of great irony, as the win proved to be costly for the victor in the first years.

When Rogers sealed the $5.2-billion, twelve-year deal, it looked like the audacious play might just pay off. The Toronto Maple Leafs, with the biggest fan base in the country, appeared ready to shake off years of mediocrity and become playoff contenders, drawing legions of fans to Rogers’s broadcasts in the process. In anticipation, Rogers gave Hockey Night in Canada a facelift, bringing in hip George Stroumboulopoulos to replace veteran host Ron MacLean. However, in January 2014, the Maple Leafs crashed hard and so did the ratings for Hockey Night in Canada. It was crushing news for Rogers, with cable-cutting already shaping into an existential threat. On top of everything, “Strombo” bombed as host and the network had to bring MacLean back. Then things got even worse—by the middle of the 2015–16 season, the rest of the seven Canadian NHL teams missed the playoffs and ratings fell further, chasing away even more advertising dollars. Simultaneously, viewing habits were changing so quickly no one could predict what would happen next year, let alone in the next decade.

Shoalts covers this story from the beginning, and Hockey Fight in Canada details every fascinating play in this intersection of sports and business.