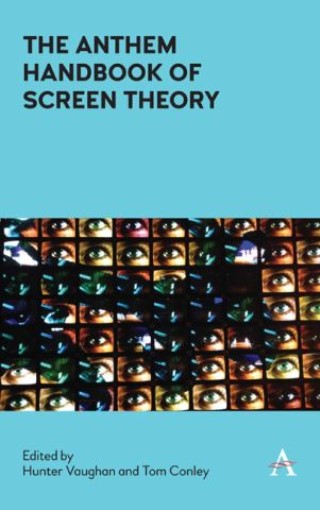 The Anthem Handbook of Screen Theory

‘The Anthem Handbook of Screen Theory’ offers a unique and progressive survey of screen theory and how it can be applied to a range of moving-image texts and sociocultural contexts. Focusing on the ‘handbook’ angle, the book includes only original essays from two primary sources: established authors in the field and new scholars on the cutting edge of helping screen theory evolve for the twenty-first-century vistas of new media, social shifts and geopolitical change. The main purpose of this method is to guarantee a strong foundation and clarity for the canon of film theory, while also situating it as part of a larger genealogy of art theories and critical thought, and to reveal the relevance and utility of film theories and concepts to a wide array of expressive practices and specified arguments.

‘The Anthem Handbook of Screen Theory’ seeks to avoid the typical republishing of seminal film theory texts and, instead, to provide progressive chapters on major topics that offer a survey summary of the history of that subject in film theory, including references from major texts; put forward an accessible and clear illustration of how the theory can be applied to media texts and industries; and create a vision for the possible future horizon of that topic. It is at once inclusive, applicable and a chance for writers to innovate and really play with where they think the field is, can, and should be heading.