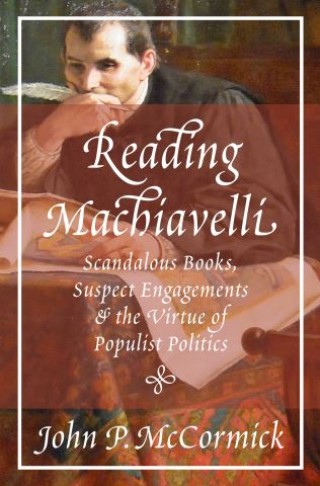 Scandalous Books, Suspect Engagements, and the Virtue of Populist Politics

To what extent was Machiavelli a “Machiavellian”? Was he an amoral adviser of tyranny or a stalwart partisan of liberty? A neutral technician of power politics or a devout Italian patriot? A reviver of pagan virtue or initiator of modern nihilism? Reading Machiavelli answers these questions through original interpretations of Niccolò Machiavelli’s three major political works—The Prince, Discourses, and Florentine Histories—and demonstrates that a radically democratic populism seeded the Florentine’s scandalous writings. John McCormick challenges the misguided understandings of Machiavelli set forth by prominent thinkers, including Jean-Jacques Rousseau and representatives of the Straussian and Cambridge schools.

McCormick emphasizes the fundamental, often unacknowledged elements of a vibrant Machiavellian politics: the utility of vigorous class conflict between elites and common citizens for virtuous democratic republics, the necessity of political and economic equality for genuine civic liberty, and the indispensability of religious tropes for the exercise of effective popular judgment. Interrogating the established reception of Machiavelli’s work by such readers as Rousseau, Leo Strauss, Quentin Skinner, and J.G.A. Pocock, McCormick exposes what was effectively an elite conspiracy to suppress the Florentine’s contentious, egalitarian politics. In recovering the too-long-concealed quality of Machiavelli’s populism, this book acts as a Machiavellian critique of Machiavelli scholarship.

Advancing fresh renderings of works by Machiavelli while demonstrating how they have been misread previously, Reading Machiavelli presents a new outlook for how politics should be conceptualized and practiced.