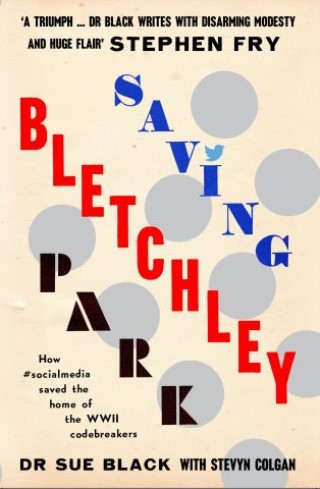 How #socialmedia saved the home of the WWII codebreakers

Imagine a Britain without Bletchley Park, where Alan Turing and a team of code breakers changed the course of World War II and where thousands of women inspired future generations with their work in the fields of computing and technology...

Now imagine a group of extraordinary people, who – seventy years after the birth of the modern computer at Bletchley Park – used technology to spark a social media campaign that helped secure its future and transform it into the world-class heritage and education centre it deserves to be.

This is a story about saving Bletchley Park.

But it is also the story of the hundreds of people who dedicated twenty years of hard work and determination to the campaign that saved it. It is a testament to the remarkable and mysterious work during World War II that made it a place worth saving. It is a book about campaigners, veterans, enthusiasts, computer geeks, technology, Twitter, trees and Stephen Fry stuck in a lift.

And finally, it is a story about preserving the past for the generations of tomorrow.