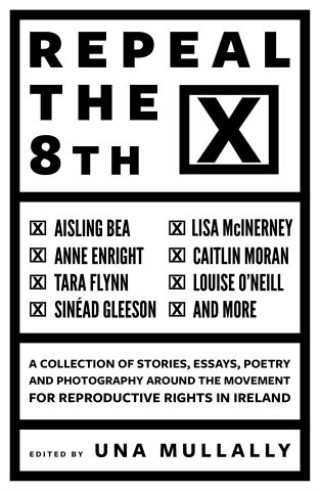 Abortion is illegal in almost every circumstance in Ireland, making it the only democracy in the western world to have such a constitutional ban. This anthology, a national bestseller, is the definitive collection of the writing and art inspired by the most pressing debate in contemporary Ireland, and beyond.

· Between 1980 and 2015, at least 165,438 Irish women and girls accessed UK abortion services. In 2016, the figure was 3,265.
· Any woman or girl who procures an abortion, or anyone who assists a woman to procure an abortion in Ireland can be criminalised and imprisoned for up to fourteen years.
· A woman may not procure an abortion in Ireland if she is pregnant due to incest or rape, or to prevent inevitable miscarriage and fatal foetal abnormality.

The movement to repeal the Eighth Amendment and make abortion legal in Ireland has grown massively over the last few years. This book shares the literature, personal stories, opinions, photography, art and design produced by the movement that catalysed 2018’s momentous referendum: it features prize-winning novelists, critically acclaimed poets, cutting-edge artists and journalists on the front line.