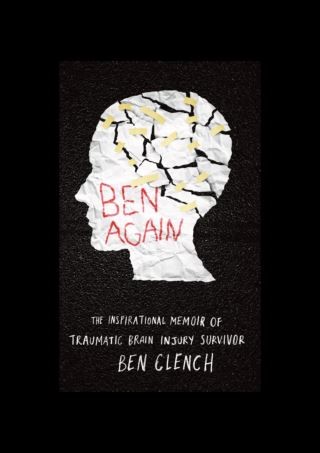 Ben was only 27 when he and his girlfriend, Jazz, were hit by a car while on holiday in the Dominican Republic. Jazz was killed instantly. Ben suffered a severe head injury which left him in a coma and at the mercy of third-world hospital care.

His family swung into action and, thanks to their persistence and the support of Ben’s £10 travel insurance policy, he eventually received good treatment and a few weeks later was flown back to the UK by private air ambulance. He was still in a coma and, the physical and mental prognosis was very uncertain.

During a month in intensive care he slowly emerged from the coma - with no memory and little physical control or ability.

Expectations for recovery were low, yet Ben, with the help of his family and friends, defied medical opinion and, within a few short months he was out of hospital and embarking on an intensive self-directed rehabilitation programme.

Key milestones included going to the Glastonbury Festival six months after leaving intensive care, much to the dismay of the medical support team.

A mere nine months after release from hospital, and less than a year out of intensive care, he was studying full-time for a Master’s degree, striving to regain his cognitive abilities with a view to resuming his career in international development.

Ben Again tells the story of how Ben determinedly recovered from a near-vegetative and amnesiac state to regain his sense of self, pass a second Master’s, run a half-marathon and learn to live a normal life again.

This book is unusual in that Ben’s story is told not only by himself, but through the contributions of 25 others.