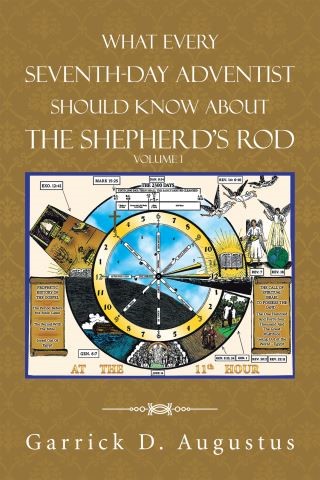 If you are a Seventh-day Adventist Christian, you have no doubt heard of The Shepherd’s Rod, a message of present truth and reform first presented to leaders of the Seventh-day Adventist Church in the years 1929 and 1930. It has created much controversy. In What Every Seventh-day Adventist Should Know about The Shepherd’s Rod, author Garrick D. Augustus brings to light the historic and the theological reasons behind the rejection of The Shepherd’s Rod message. It exposes the systematic misinformation, as well as the willful manipulations of the facts surrounding Victor Houteff and the movement he began more than eight decades ago. It provides clear and accurate answers to the questions raised against the Rod’s message. And, it answers the objections church leaders have historically offered as “proof” against its bearing the credentials of inspiration. Augustus fused the forensic methods of evidence analytics, as well as the investigative method of internal evidence analysis, to the claims brought against the message by the leaders of the Seventh-day Adventist Church. His research took him from the Heritage Library in Loma Linda, California, to The Biblical Research Committee in Silver Spring Maryland, and beyond. What Every Seventh-day Adventist Should Know about The Shepherd’s Rod journeys through the pages of history and helps to separate truth from propaganda. It takes a fresh look at an old controversy that began in eternity past and has played itself out in the rank and file of Seventh-day Adventism.