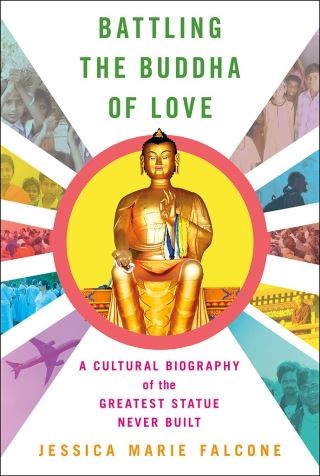 Battling the Buddha of Love

A Cultural Biography of the Greatest Statue Never Built

Battling the Buddha of Love is a work of advocacy anthropology that explores the controversial plans and practices of the Maitreya Project, a transnational Buddhist organization, as it sought to build the "world's tallest statue" as a multi-million-dollar "gift" to India. Hoping to forcibly acquire 750 acres of occupied land for the statue park in the Kushinagar area of Uttar Pradesh, the Buddhist statue planners ran into obstacle after obstacle, including a full-scale grassroots resistance movement of Indian farmers working to "Save the Land."

Falcone sheds light on the aspirations, values, and practices of both the Buddhists who worked to construct the statue, as well as the Indian farmer-activists who tirelessly protested against the Maitreya Project. Because the majority of the supporters of the Maitreya Project statue are converts to Tibetan Buddhism, individuals Falcone terms "non-heritage" practitioners, she focuses on the spectacular collision of cultural values between small agriculturalists in rural India and transnational Buddhists hailing from Portland to Pretoria. She asks how could a transnational Buddhist organization committed to compassionate practice blithely create so much suffering for impoverished rural Indians.

Falcone depicts the cultural logics at work on both sides of the controversy, and through her examination of these logics she reveals the divergent, competing visions of Kushinagar's potential futures. Battling the Buddha of Love traces power, faith, and hope through the axes of globalization, transnational religion, and rural grassroots activism in South Asia, showing the unintended local consequences of an international spiritual development project.