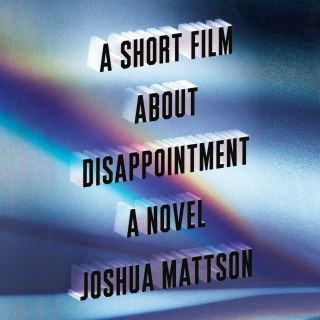 A Short Film About Disappointment

An ingenious novel about art and revenge, insisting on your dreams and hitting on your doctor, told in the form of 80 movie reviews

In near-future America, film critic Noah Body uploads his reviews to a content aggregator. His job is routine: watch, seethe, pan. He dreams of making his own film, free from the hackery of commercial cinema. Faced with writing about lousy movies for a website that no one reads, Noah smuggles into his work episodes from his trainwreck of a life.

We learn that his apartment in Miniature Aleppo has been stripped of furniture after his wife ran off with his best friend—who Noah believes has possessed his body. He's in the middle of an escalating grudge match against a vending machine tycoon with a penchant for violence. And he's infatuated with a doctor who has diagnosed him with a "disease of thought." Sapped by days performing the labor of entertainment, forced to voice opinions on cinema to earn his water rations, Noah is determined to create his own masterpiece, directed by and starring himself.

Written by a debut novelist with a rotten wit and a singular imagination, A Short Film About Disappointment is a story about holding on to a scrap of hope in a joyously crummy world of nanny states and New Koreas.