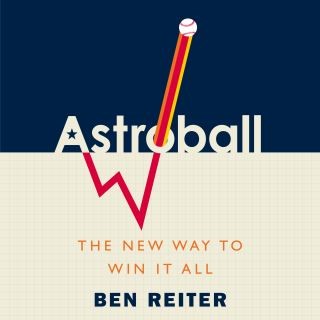 The New Way to Win It All

Astroball picks up where Michael Lewis’s acclaimed Moneyball leaves off, telling the thrilling story of a championship team that pushed both the sport and business of baseball to the next level. In 2014, the Astros were the worst baseball team in half a century, but just three years later they defied critics to win a stunning World Series. In this book, Ben Reiter shows how the Astros built a system that avoided the stats-versus-scouts divide by giving the human factor a key role in their decision-making. Sitting at the nexus of sports, business, and innovation, Astroball is the story of the next wave of thinking in baseball and beyond, at once a remarkable underdog tale and a fascinating look at the cutting edge of evaluating and optimizing human potential.