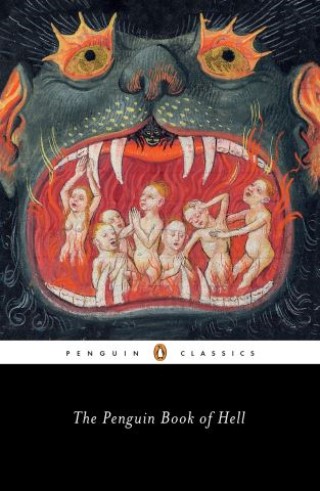 The Penguin Book of Hell

"From the Bible through Dante and up to Treblinka and Guantánamo Bay, here is a rich source for nightmares." --The New York Times Book Review

Three thousand years of visions of Hell, from the ancient Near East to modern America

From the Hebrew Bible's shadowy realm of Sheol to twenty-first-century visions of Hell on earth, The Penguin Book of Hell takes us through three thousand years of eternal damnation. Along the way, you'll take a ferry ride with Aeneas to Hades, across the river Acheron; meet the Devil as imagined by a twelfth-century Irish monk--a monster with a thousand giant hands; wander the nine circles of Hell in Dante's Inferno, in which gluttons, liars, heretics, murderers, and hypocrites are made to endure crime-appropriate torture; and witness the debates that raged in Victorian England when new scientific advances cast doubt on the idea of an eternal hereafter. Drawing upon religious poetry, epics, theological treatises, stories of miracles, and accounts of saints' lives, this fascinating volume of hellscapes illuminates how Hell has long haunted us, in both life and death.

Scott G. Bruce: Scott G. Bruce (editor) is the editor of The Penguin Book of the Undead and the author of three books about the abbey of Cluny. He is a professor of history at Fordham University in New York City. He worked his way through college as a grave digger.