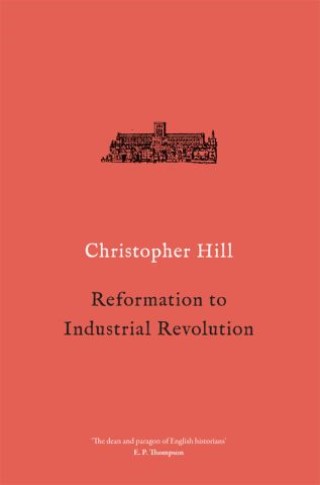 The masterful account of Britain’s reshaping as a modern nation

In 1530 England was a backward economy. Yet by 1780 she possessed a global empire and was on the verge of becoming the world’s first industrialized power. This book deals with the intervening 250 years, and explains how England acquired this unique position in history.

Esteemed historian Christopher Hill recounts a story that begins with the break with Europe before hitting a tumultuous period of war and revolution, combined with a cultural and scientific flowering that made up the early modern period. It was in this era that Britain became home to imperial ambitions and economic innovation, prefiguring what was to come. Hill excavates the conditions and ideas that underpin this age of extraordinary change, and shows how, and why, Britain became the most powerful nation in the world.

Christopher Hill: Christopher Hill (1912–2003), born in York, was a historian and academic specializing in seventeenth-century English history. As a young man he witnessed the growth of the Nazi party firsthand during a prolonged holiday in Germany, an experience he later said contributed to the radicalization of his politics. He was master of Balliol College, University of Oxford, his alma mater, from 1965 to 1978. His celebrated and influential works include Intellectual Origins of the English Revolution; The World Turned Upside Down; and A Turbulent, Seditious and Fractious People: John Bunyan and His Church.