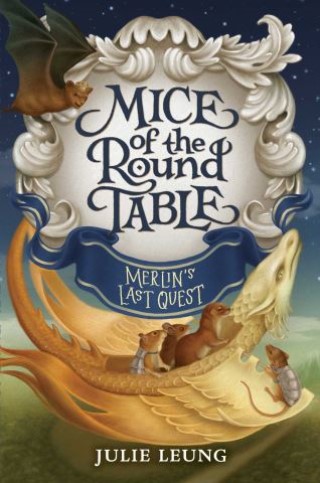 Mice of the Round Table #3: Merlin's Last Quest

Young mouse Calib Christopher is finally a squire to the Knights of the Round Table. But there is no time to celebrate. His best friend, Cecily, and Merlin’s magical treasure are in the clutches of the evil Saxons.

Now Calib and his human companion Galahad must venture into enemy territory to rescue both before it’s too late. But Morgan le Fay’s magic is powerful and treacherous, and it will test all that they have learned in their training—as well as their very allegiance to Camelot.

The stars are aligning for a final battle—one that will require Calib and his friends to harness the magic of Merlin as well as the strength, bravery, and wisdom within themselves to become the mythical heroes they were destined to be.

Perfect for fans of New York Times bestselling series like Wings of Fire and Warriors, Mice of the Round Table brings to life a legendary world of animals and magic that kids will want to return to again and again.