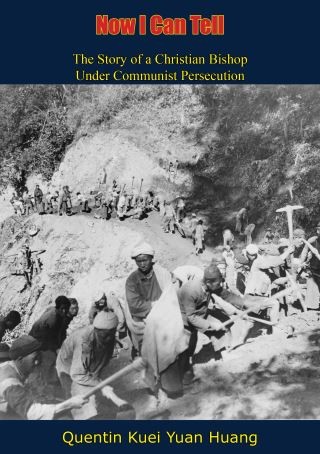 Now I Can Tell

The Story of a Christian Bishop Under Communist Persecution

During World War II, Bishop Huang was known as “Bishop of the Burma Road,” owing to that vital supply line ending in his diocese. After the war, he was taken prisoner for 79 days by Communists who overran his diocese. This fascinating book, first published in 1954, describes Bishop Huang’s escape over 800 miles of hostile territory, and his subsequent trip to the United States.

Quentin Kuei Yuan Huang: The Right Reverend Quentin K. Y. Huang (1902 - July 2, 1973) was orphaned at age 12 in Anhui, China, and was taken in by a missionary. He graduated from St. Paul’s School, Anking, and St. John’s University, Shanghai, both missionary institutions founded by the American Episcopal Church. He received the degree of Master of Arts from the University of Pennsylvania, and the degrees of Master of Sacred Theology and Doctor of Divinity from Philadelphia Divinity School. Returning to China after his ordination, he was professor at several colleges and universities, including head of the department of philosophy at the Great China University and head of the department for foreign languages in Kew Yang Teachers’ College. He was also a pastor of the Chinese Church. He married Grace Betty Soong and the couple had a daughter, Alice S. Huang (born in Nanchang, China on March 22, 1939). Elected bishop in 1946 of the Chinese branch of the Anglican Communion known in China as The Holy Catholic Church in China, he returned to America and was consecrated to the episcopate in California. He again returned to China, where he organized his diocese and was endeavoring to put it on a self-sustaining basis when the Communists took over. After his escape, he became a refugee in the United States. In 1962, Rev. Huang became director of the Oriental Center in Gibsonia, Pennsylvania, where he remained until his death in 1973, aged 71.