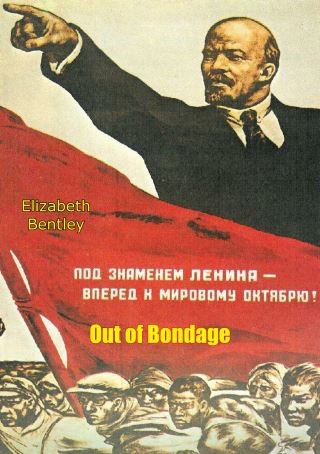 In 1934, Elizabeth Bentley came home from Fascist Italy to an America still shattered by the Depression. Like countless others, she was drawn to the anti-Nazi rhetoric of the Communist Party. This hypnotic book is her detailed and intimate story of how she joined the Communist Party and rose to become a key Soviet agent in New York and Washington. She reveals the organization, tactics, and strategies of the party, and names her espionage contacts: an assistant secretary of the Treasury, the President’s executive assistant, Julius Rosenberg, high officers in military intelligence, and Communist spies in the media.

Finally, she describes her anguish and anger on realizing that the American Communist Party was only the tool of the KGB—the Soviet Secret Police—and the Soviet Union…and how, manipulated and threatened by Soviet agents, she chose to destroy her whole world rather than continue.

Out of Bondage is one of the most readable and valuable firsthand descriptions of the Communist underground in America. It is also a moving personal story—of courage, love, betrayal, and loss.

Elizabeth Bentley: Elizabeth Terrill Bentley (January 1, 1908 - December 3, 1963) was an American spy for the Soviet Union from 1938-1945. In 1945 she defected from the Communist Party and Soviet intelligence and became an informer for the U.S. in 1952. She exposed two networks of spies, ultimately naming over 80 Americans who had engaged in espionage for the Soviets. When her testimony became public in 1948, it became a media sensation and had a major impact on Soviet espionage cases of the 1950s.

Born in New Milford, Connecticut, to Charles Prentiss Bentley, a dry-goods merchant, and May Charlotte Turrill, a schoolteacher, Bentley graduated from Vassar College in 1930 with a degree in English, Italian, and French. In 1933, whilst attending graduate school at Columbia University, she won a fellowship to the University of Florence. While in Italy, she briefly joined a local student fascist group, the Gruppo Universitario Fascista; however, under the influence of her anti-Fascist faculty advisor (and lover) Mario Casella, Bentley soon moved to another part of the political spectrum. While completing her master’s degree at Columbia University, she attended meetings of the American League Against War and Fascism. Attracted by the sense of community and social conscience she found with her friends in the league, she joined the Communist Party of the United States (CPUSA) in March 1935.

After her defection from the Soviet Union on November 6, 1945, calls to give evidence before various bodies became a fixture in Bentley’s life for many years. Occasional consultations with the FBI continued for the rest of her life. In 1952, she became a paid informer for the FBI. A successful executive with a profitable shipping company whilst with the Communists, she subsequently earned a living first through secretarial work and then at a variety of teaching jobs.