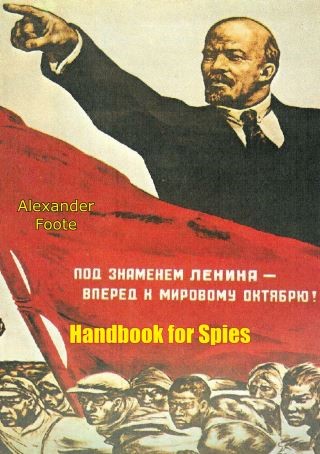 Seeking adventure, British citizen Alexander Foote fought the Fascists in the Spanish Civil War. Returning home after it ended, discouraged by the result, Foote was recruited into a Soviet network of spies against Nazi Germany. Based in Switzerland, Foote eventually became responsible for maintaining the network and forwarding information to the Centre in Russia. Foote describes for us how the network operated, including codes and secret transmissions, hiding from Swiss and German authorities, recruiting and funding, and eluding double agents. All the while, Foote watches Soviet Russia, presumably an ally to the free nations, become more and more like the Fascists Foote opposes. Eventually captured by Swiss police, Foote is debriefed in Russia, but manages to escape home to Britain after persuading the Soviets to send him on another mission. This is a fascinating story that illuminates a key part of the secret espionage networks undertaken during World War II.

Born in Lancashire and raised mostly in Yorkshire, England, by his Scottish born father and English mother, Foote worked for the Republican side during the Spanish Civil War in the 1930s. He decided to continue his efforts against Fascism (and, perhaps, for Communism) and volunteered for clandestine work with Red Orchestra. He was put into contact with Ursula Kuczynski in Switzerland, became a radio operator for the Soviet espionage operation run by Alexander Radó, and soon began passing information to Moscow from the Lucy spy ring run by Rudolf Roessler. Detained for a time following the shutdown of the operation by Swiss police, Foote spent some time in the Eastern Bloc after the end of World War II. He subsequently returned to the West and published his book, A Handbook for Spies, in 1949.