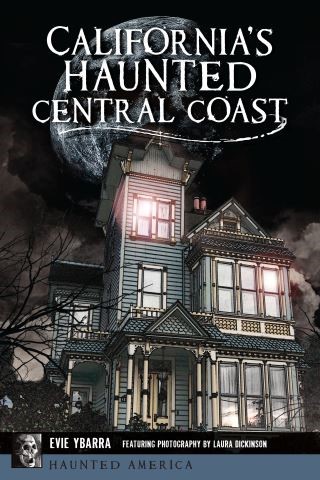 Eerie haunts and stories of apparitions stretch along the California coast from Monterey Bay to the Channel Islands. James Dean's presence lingers at the site of his deadly car crash on Highway 46, and a ghost-in-residence presides over the Robert Louis Stevenson house in Monterey. Learn of the ghoulish murders of the Reed family at the San Miguel Mission, the mysterious spirits that haunt the Hearst Castle and the twisted tales of strange occurrences in what was once the Camarillo State Hospital. Join author Evie Ybarra as she explores the unexplained along this infamous coast.

Evie Ybarra: Evie Ybarra is the mother of two--a daughter and a son. She considers her two children her greatest accomplishments. Her husband and confidant, Robert, is her greatest supporter. Evie now has four beautiful grandchildren to whom she has told many stories. After having taught creative writing and history for thirty years, she now enjoys writing as a second career. Evie and her family reside in Southern California in a coastal community filled with many legends and stories.