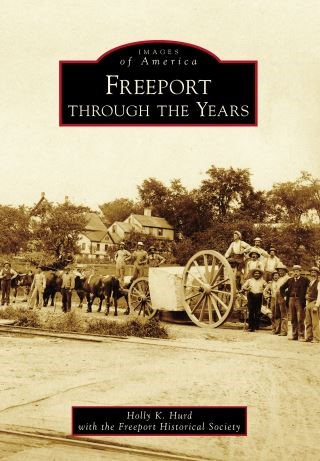 Freeport through the Years

Like other towns in coastal Maine, Freeport was settled in the 18th century by residents of the southern part of the state--Massachusetts, which it was a part of until 1820. The Harraseeket River provided mill power and transportation, enabling growth and separation from North Yarmouth in 1789. The arrival of the railroad in 1849 led to a late-century economic boom fueled by entrepreneur E.B. Mallet. Piggybacking on the established industrial infrastructure, L.L. Bean and other retailers prospered in the next century, forming the core of activity at the heart of Freeport Village today. South Freeport was sustained by shipbuilding that ebbed and flowed through the 20th century, and largely because of that industry, it remains a historic village to this day. Because of Freeport's rapid growth and a number of downtown fires, historic buildings have been lost, moved, or altered over time, though the historical society has advocated for preservation and maintains a broad collection of photographs that visually record these changes.