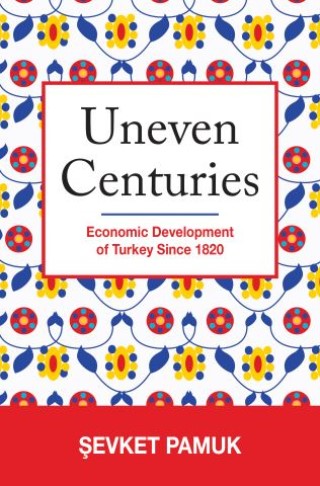 Economic Development of Turkey since 1820

The first comprehensive history of the Turkish economy

The population and economy of the area within the present-day borders of Turkey has consistently been among the largest in the developing world, yet there has been no authoritative economic history of Turkey until now. In Uneven Centuries, Şevket Pamuk examines the economic growth and human development of Turkey over the past two hundred years.

Taking a comparative global perspective, Pamuk investigates Turkey’s economic history through four periods: the open economy during the nineteenth-century Ottoman era, the transition from empire to nation-state that spanned the two world wars and the Great Depression, the continued protectionism and import-substituting industrialization after World War II, and the neoliberal policies and the opening of the economy after 1980. Making use of indices of GDP per capita, trade, wages, health, and education, Pamuk argues that Turkey’s long-term economic trends cannot be explained only by immediate causes such as economic policies, rates of investment, productivity growth, and structural change.

Uneven Centuries offers a deeper analysis of the essential forces underlying Turkey’s development—its institutions and their evolution—to make better sense of the country’s unique history and to provide important insights into the patterns of growth in developing countries during the past two centuries.