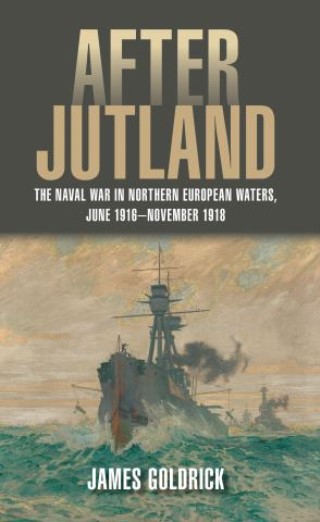 After Jutland analyses the naval war in Northern European waters following the critical, but inconclusive Battle of Jutland. A popular misconception is that Jutland marked the end of the operational career of the German High Sea Fleet and the beginning of a period of stagnation for both it and its opponent, the Grand Fleet. The reality is much more complex. The German battle fleet was quiescent for much of the time in the North Sea, but it supported an ambitious amphibious campaign in the Baltic while a bitter commerce war was waged by U-Boats and the light craft fought a grueling campaign in the waters of the English Channel and the Belgian Coast. After Jutland focuses primarily on the Royal Navy as the dominant maritime force, but it also analyses the struggles of the beleaguered German Navy as it sought to find ways to break the tightening stranglehold of the blockade and undermine Allied control of the world's oceans - and of British home waters in particular. The continuing conflict in the Baltic will also be explored as the Germans increased the pressure on the Russian territory and the Russian fleet while the latter, despite its descent into revolution, still struggled to provide an effective counter to the Imperial German Navy. The Royal Navy learned much from Jutland and applied those lessons to good effect. It greatly improved the way that ships were organized for battle, as well as developing new tactics. There were also great leaps in communications and in command and control, while both aviation and undersea operations, including mine warfare, developed at breakneck pace. The Imperial German Navy made its own changes as a result of Jutland. Indeed, both Germany and Russia undertook much more naval innovation in the final years of the conflict than is often realized. By 1918, all the protagonists were fighting what was, in every way, a multi-dimensional maritime war that was the forerunner of naval conflict for the remainder of the twentieth century. The period also saw the entry to the conflict of the United States and the increasing commitment of the United States Navy. USN units saw hard service before the Armistice of November 1918. Many of the foundations of success in the next war were laid by the USN at this time. The learning curve was steep as officers and sailors alike sought to catch up on the experience of nearly three years of conflict, but they brought new methods and new applications of technology to the operational problems with which their coalition partners had been struggling. This included the Sixth Battle Squadron, which was rapidly assimilated into the Grand Fleet, absorbing the hard-won knowledge of their British colleagues, but applying some of their own ideas.