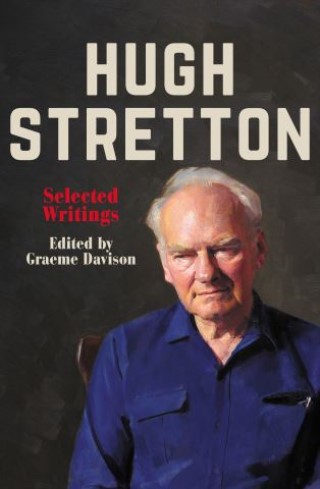 A public intellectual known for his deeply humane approach to social, economic and urban issues, Hugh Stretton was an Australian original.

His Political Sciences was described by the Times Literary Supplement as ‘a work of near genius’. His groundbreaking Ideas for Australian Cities became the manifesto for a generation awakening to the distinctive features of our cities and suburbs.

In this selection, leading historian Graeme Davison includes highlights from these and other published and unpublished works, showcasing Stretton’s bravura intellectual style, grounded analysis, literary flair and the remarkable range of his thinking on history, politics, urban planning, and progressive social and economic development. Davison also provides a substantial and valuable introduction, setting the work in context.

Stretton saw the dangers of the neoliberal orthodoxy that took hold in the Anglophone world from the early 1980s. With subtlety, imagination and rigour, his work offers an alternative vision of a good and fair society.

‘Stretton could see beyond the clichés and into the lives of ordinary Australians.’ —Donald Horne

‘Stretton may have been Australia’s most distinguished post-war social scientist.’ —Robert Manne