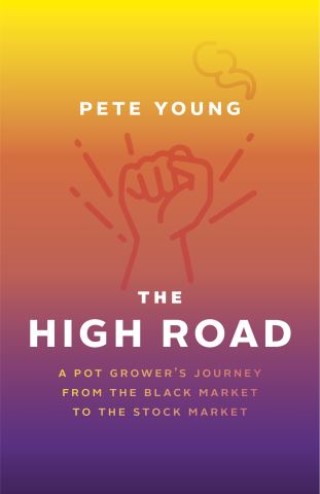 A native of Long Island, New York, Pete Young first grew cannabis on the roof of a friend’s apartment building when he was fifteen years of age. A fascination with marijuana cultivation quickly followed, with Young mastering the specifics of HID lighting, hydroponics, water polymers, genetics, organic fertilization, soil mix, outdoor growing and seed generation. After permanently relocating to southwestern Ontario in the late-1980s, Young took part in one of the first constitutional challenges to Canada’s drug laws following a police raid on the Great Canadian Hemporium, a head shop in London, Ontario. Around this time, Young befriended a young man whose severe cystic fibrosis was aided by one thing only – marijuana consumption. Young started growing marijuana for medical users, and over the next twenty years became one of the biggest producers and distributors of illicit medical marijuana in Canada. A once-frequent contributor to High Times magazine, and a regular medal winner at the international Cannabis Cup, Young has had to overcome every obstacle facing the guerilla grower, including crop theft, forest fire, police arrest, bankruptcy, home invasion, physical assault and, perhaps most intimidating of all, hungry male deer. In 2015, Young stepped onto the right side of the law when he was named master grower at Indiva, a licensed, government-sanctioned producer of medical marijuana. Riveting, funny and unsparingly truthful, Master Grower recalls one man’s transformation from renegade gardener to boardroom participant, a high-octane voyage that also captures the way in which a culture’s attitude toward its illegal substances can, and will, evolve.