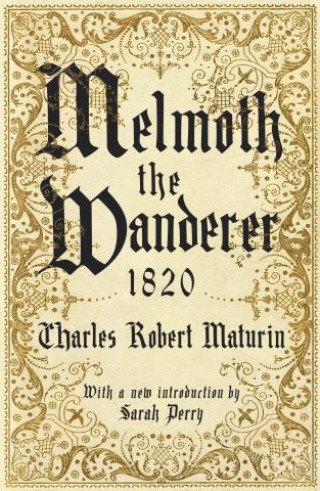 with an introduction by Sarah Perry

When a young Dublin student goes to pay his last respects to his dying uncle, he never imagines that he might chance upon a terrifying family secret. Who is the sinister old man in the portrait and why is his uncle so anxious for him to burn it? Why is the Spanish man who saves him from drowning so frightened when he hears the name Melmoth?
As he digs deeper into the mystery, an intricate and blood-chilling story begins to unfold. For the past two hundred years, the accursed Melmoth has been searching desperately for an escape from the infernal bargain he once made. Melmoth has traversed the globe leaving destruction and misery in his wake, from Inquisition-era Spain to a remote island in the Indian Ocean - and there have been recent sightings of him in County Wicklow, where our narrator is still piecing the story together.
This Victorian classic has captured the imaginations of readers since 1820 and inspired numerous other gothic masterpieces, including Oscar Wilde's The Picture of Dorian Gray and Sarah Perry's novel Melmoth.