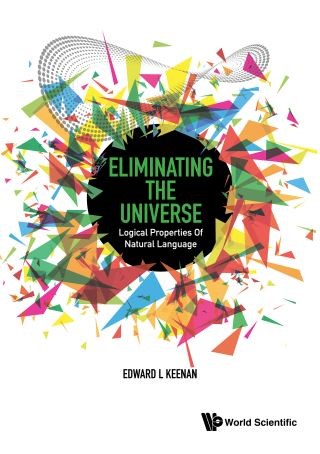 This book synthesizes the author's work (1980s–2015) on the logical expressive power of natural language. It extends the tools and concepts of model theory as used in (higher order) predicate logic to the study of natural language semantics. It focuses on boolean structure, generalized quantification (separated from variable binding), covering some cases of anaphora. Different categories — predicates, adjective, quantifiers — are modeled by non-isomorphic boolean lattices.

Of empirical linguistic interest is the expressibility of many natural classes of quantifiers defined in terms of their logical (automorphism invariant) properties. Some of these correlate with classes used syntactically in generative grammar. In other cases we find general (possibly universal) constraints on possible quantifier denotations in natural language.

Also of novel logical interest are entailment paradigms that depend on relations between pairs or triples of generalized quantifier denoting expressions, ones that are in some cases inherently vague. In addition we note novel binary quantifiers that lie beyond the "Frege boundary" in that they are provably not identical to any iterated application of unary quantifiers.

Of philosophical interest is the existence of models which make the same sentences true as standard models but which lack a universe and hence, seemingly, a notion of "reference". Moreover, these models generalize to ones in which we can represent (some) intensional expressions without the use of novel ontological objects, such as "possible worlds" or "propositions".