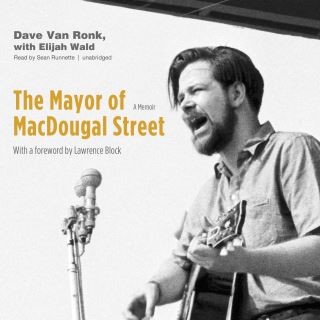 The Mayor of MacDougal Street

Dave Van Ronk was one of the founding figures of the 1960s folk revival, but he was far more than that. A pioneer of modern acoustic blues, a fine songwriter and arranger, a powerful singer, and one of the most influential guitarists of the ’60s, he was also a marvelous storyteller, a peerless musical historian, and one of the most quotable figures on the Village scene. The Mayor of MacDougal Street is a firsthand account by a major player in the social and musical history of the ’50s and ’60s. It features encounters with young stars-to-be like Bob Dylan, Tom Paxton, Phil Ochs, and Joni Mitchell, as well as older luminaries like the Reverend Gary Davis, Mississippi John Hurt, and Odetta. Colorful, hilarious, and engaging, The Mayor of MacDougal Street is a feast for anyone interested in the music, politics, and spirit of a revolutionary period in American culture.