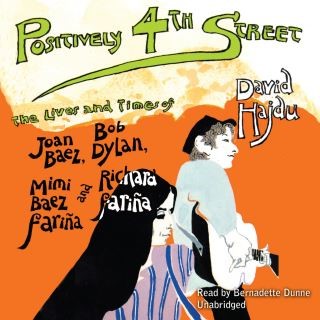 This is the candid, mesmerizing, and often intimate account of how four young people—Bob Dylan, Joan Baez, Mimi Baez Fariña, and Richard Fariña—gave rise to a modern-day bohemia and created the enduring sound and style of the 1960s.

Even before they became lovers in 1963, Dylan and Joan Baez were seen as the reigning king and queen of folk music. But their songs and their public images grew out of their association with Joan’s younger sister, Mimi, a musician in her own right, and Richard Fariña, the roguish novelist Mimi married when she was seventeen. Their rise from scruffy coffeehouse folksingers to pop stars comes about through their complex interpersonal relationships, as the young Dylan courts the famous Joan to further his career, Fariña woos Mimi while looking longingly on her older sister, and Fariña’s friend Thomas Pynchon keeps an eye on their amours from afar.