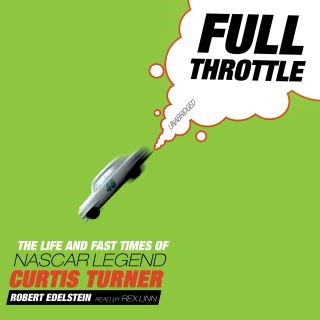 The Life and Fast Times of NASCAR Legend Curtis Turner

Motor racing and mayhem, the non-stop pursuit of outrageous dreams, high-speed thrills and a really good time: these are the raw materials of Full Throttle.

Curtis Turner was the most dynamic stock-car racer of all time; he wrote the book on living fast and dying young. The first NASCAR celebrity, his life embodied all that made NASCAR a hit spectator sport: the adrenaline rush of the races, the potential for danger at every turn, and the charismatic, outrageous personality of a winner. He created drama at the racetrack and in his personal life, living the American Dream several times over before he died a violent and mysterious death at the young age of 46.