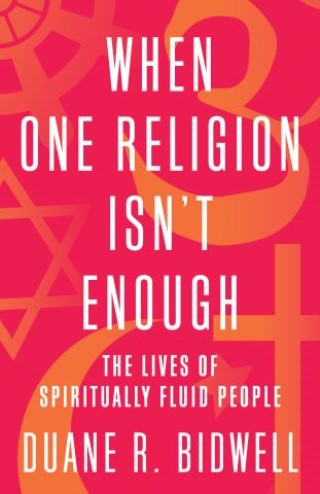 When One Religion Isn't Enough

The Lives of Spiritually Fluid People

An exploration into the lives of people who embrace two or more religious traditions, and what this growing community tells us about change in our society

Named a best book of 2018 by Library Journal

In the United States, we often assume religious and spiritual identity are pure, static, and singular. But some people regularly cross religious boundaries. These “spiritually fluid” people celebrate complex religious bonds, and in the process they blur social categories, evoke prejudice, and complicate religious communities. Their presence sparks questions: How and why do people become spiritually fluid? Are they just confused or unable to commit? How do we make sense of them?

When One Religion Isn’t Enough explores the lives of spiritually fluid people, revealing that while some chose multiple religious belonging, many more inherit it. For many North Americans, the complicated legacies of colonialism are part of their family story, and they may consider themselves both Christian and Hindu, or Buddhist, or Yoruban, or one of the many other religions native to colonized lands.

For some Asian Americans, singular religious identity may seem an alien concept, as many East Asian nations freely mix Buddhist, Confucian, Taoist, and other traditions. Some African American Christians are consciously seeking to reconnect with ancestral spiritualities. And still other people are born into religiously mixed families. Jewish-Christian intermarriage led the way in the US, but religious diversity here is only increasing: almost four in ten Americans (39 percent) who have married since 2010 have a spouse who is in a different religious group.

Duane R. Bidwell: Duane R. Bidwell, PhD, is professor of practical theology, spiritual care, and counseling at Claremont School of Theology, Claremont, California. A clinical fellow of the American Association of Pastoral Counselors, Duane has been a chaplain, pastor, counselor, and nonprofit director. Currently, he sits on the board of the Taos Institute and maintains a small clinical practice at the Clinebell Institute for Pastoral Counseling and Psychotherapy in Claremont. Both Buddhist and Christian, he lives in California with his wife, son, and dog.