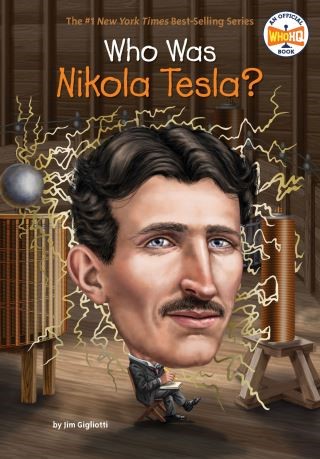 Who Was Nikola Tesla?

Get ready for the electrifying biography of Nikola Tesla--part creative genius, part mad scientist, and 100% innovator.

When Nikola Tesla arrived in the United States in 1884, he didn't have much money, but he did have a letter of introduction to renowned inventor Thomas Edison. The working relationship between the two men was short lived, though, and the two scientist-inventors became harsh competitors. One of the most influential scientists of all time, Nikola Tesla is celebrated for his experiments in electricity, X-rays, remote controls, and wireless communications. His invention of the Tesla coil was instrumental in the development of radio technology.

Jim Gigliotti: Jim Gigliotti is a freelance writer based in Southern California. A former editor at the National Football League, he has written more than 50 books for readers of all ages, including biographies for young readers on Olympian Jesse Owens, baseball star Roberto Clemente, and musician Stevie Wonder.