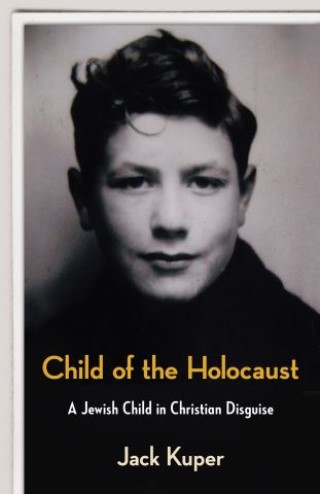 Child of the Holocaust

Beautifully and evocatively rendered, this memoir endures as an example of post-war narrative at its finest.

Jankele Kuperblum was just nine years old when he returned home and found his family gone. The night before, Germans had come to his town in rural Poland and taken away all the Jews. Now alone in the world, he has to change his name, forget his language, and abandon his religion in order to survive. Jack wanders through Nazi-occupied Poland for four years with no place to hide and no one to trust.

Jack Kuper: JACK KUPER, born Jankele Kuperblum in 1932, spent his childhood on the run through the treacherous countryside of war-torn Poland. In 1947 he landed in Halifax, Nova Scotia, as one of the thousand war orphans to be brought to Canada by the Jewish Community.

Kuper is an award-winning graphic artist, creative director, playwright, actor, producer and director, having worked at the Canadian Broadcasting Corporation before establishing the film company Kuper Productions Ltd. Among the many plays he produced, Sun in my Eyes was one of the first to focus on the Holocaust in the English-speaking world.

Continuously in print since it first published in 1967, Child of the Holocaust has been translated into multiple languages. Nearly thirty years after the publication of Child of the Holocaust, Kuper published a sequel to the book, After the Smoke Cleared, which won the Jewish Book Award for Holocaust Literature and was a finalist for the Edna Staebler Award for Creative Nonfiction, and chronicles his complex reunion with his father in the post-war years.

His most recent film productions are the critically acclaimed Who Was Jerzy Kosinski? based on the author's friendship with the enigmatic novelist, A Day in the Warsaw Ghetto, and The Fear of Felix Nussbaum.