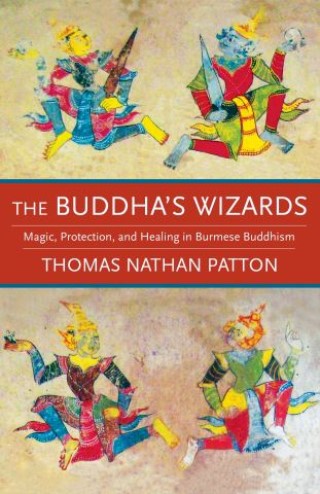 Wizards with magical powers to heal the sick, possess the bodies of their followers, and defend their tradition against outside threats are far from the typical picture of Buddhism. Yet belief in wizard-saints who protect their devotees and intervene in the world is widespread among Burmese Buddhists. The Buddha’s Wizards is a historically informed ethnographic study that explores the supernatural landscape of Buddhism in Myanmar to explain the persistence of wizardry as a form of lived religion in the modern era.

Thomas Nathan Patton explains the world of wizards, spells, and supernatural powers in terms of both the broader social, political, and religious context and the intimate roles that wizards play in people’s everyday lives. He draws on affect theory, material and visual culture, long-term participant observation, and the testimonies of the devout to show how devotees perceive the protective power of wizard-saints. Patton considers beliefs and practices associated with wizards to be forms of defending Buddhist traditions from colonial and state power and culturally sanctioned responses to restrictive gender roles. The book also offers a new lens on the political struggles and social transformations that have taken place in Myanmar in recent years. Featuring close attention to the voices of individual wizard devotees and the wizards themselves, The Buddha’s Wizards provides a striking new look at a little-known aspect of Buddhist belief that helps expand our ways of thinking about the daily experience of lived religious practices.