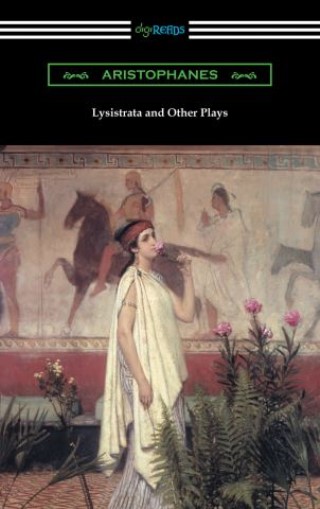 Lysistrata and Other Plays (Translated with Annotations by The Athenian Society)

Greek playwright, Aristophanes, lived during the 5th and 4th century BC and is considered one of the principal authors of the Greek classical period. Of the nearly thirty plays he wrote during his career, eleven are extant. Amongst the most famous of these is “Lysistrata,” a comedy which focuses on the women of Greece whose husbands have left for the Peloponnesian War. The women do not care about the conflict as much as they care about missing their husbands. Its titular character, Lysistrata, insists that men rarely listen to women’s reasoning and exclude their opinions on matters of state. In retaliation she convinces the women of Greece to organize a strike, refusing to have sex with their husbands until both sides agree to cease fighting. The irony of this is that the men become more upset with their wives than they do with their enemies of war. Notable for its positive portrayal of women’s rationality in a male-dominated society, “Lysistrata” stands as one the most popular and frequently performed plays from classical antiquity. Also included in this collection are two additional Aristophanes plays, “The Acharnians” and “The Clouds”. This edition is translated with annotations by the Athenian Society and includes a biographical afterword.