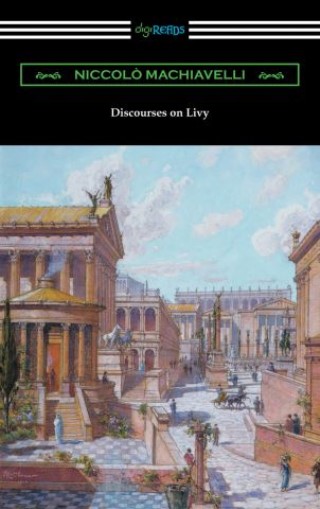 “Discourses on Livy”, which was first published posthumously in 1531, is Niccolo Machiavelli’s analysis of the first ten books of Livy’s monumental work of Roman History, which details the expansion of Rome through the end of the Third Samnite War in 293 BC. Machiavelli believed that by examining the exemplary greatness in Roman history, practical lessons could be applied to the politics of the present day. The Italian renaissance was causing people to look back to the ancients as examples of greatness in the fields of art, law, and medicine. Driven by a motivation to do the same for the field of politics, Machiavelli undertook an examination of the structure and benefit of government in ancient times. “Discourses on Livy” are comprised of three books. In the first book Machiavelli discusses the internal structure of a republic. In the second book he discusses matters of warfare and in the third his attention is turned to matters of individual leadership. An important work of political history and philosophy, “Discourses on Livy” is a must read for any student of political science. This edition follows the translation of Ninian Hill Thomson and includes a biographical afterword.