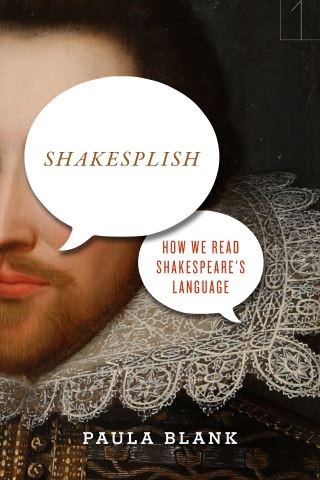 How We Read Shakespeare's Language

For all that we love and admire Shakespeare, he is not that easy to grasp. He may have written in Elizabethan English, but when we read him, we can't help but understand his words, metaphors, and syntax in relation to our own. Until now, explaining the powers and pleasures of the Bard's language has always meant returning it to its original linguistic and rhetorical contexts. Countless excellent studies situate his unusual gift for words in relation to the resources of the English of his day. They may mention the presumptions of modern readers, but their goal is to correct and invalidate any false impressions. Shakesplish is the first book devoted to our experience as modern readers of Early Modern English. Drawing on translation theory and linguistics, Paula Blank argues that for us, Shakespeare's language is a hybrid English composed of errors in comprehension—and that such errors enable, rather than hinder, some of the pleasures we take in his language. Investigating how and why it strikes us, by turns, as beautiful, funny, sexy, or smart, she shows how, far from being the fossilized remains of an older idiom, Shakespeare's English is also our own.