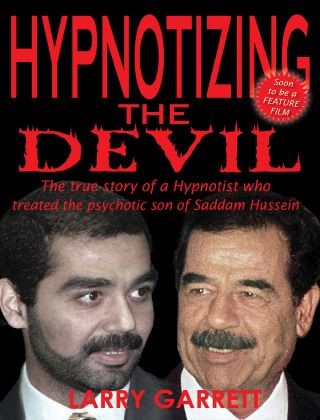 Hypnotizing the Devil: The True Story of a Hypnotist Who Treated the Psychotic Son of Saddam Hussein

Everyone remembers where they were during the September 11 attacks in New York. Larry Garrett, a Chicago hypnotist, will never forget, since he was in Saddam Hussein's palace in Baghdad with Uday Hussein, Saddam's eldest son. After an assassination attempt on Uday's life, Larry Garrett was brought in to help with the recovery from the mental and physical pain. Larry writes about his account of dealing with the man often referred to as a psychopath, the CIA, a palace full of guards with machine guns, and visiting Babylon. The conversations about American culture and Uday Hussein's very surprising views, to getting the behind the scenes account at the palace as a World War begins. Larry's account of being the only American allowed into Iraq and hypnotizing the son of the most feared family in the World, will keep you in suspense. Larry Garrett has been in practice since 1968, operating the largest hypnosis centre in Chicago. He has received nationwide recognition for his outstanding contributions in hypnosis, including the 1991 Metzinger Award (which has only been presented six times) for contributions to the field of hypnosis.